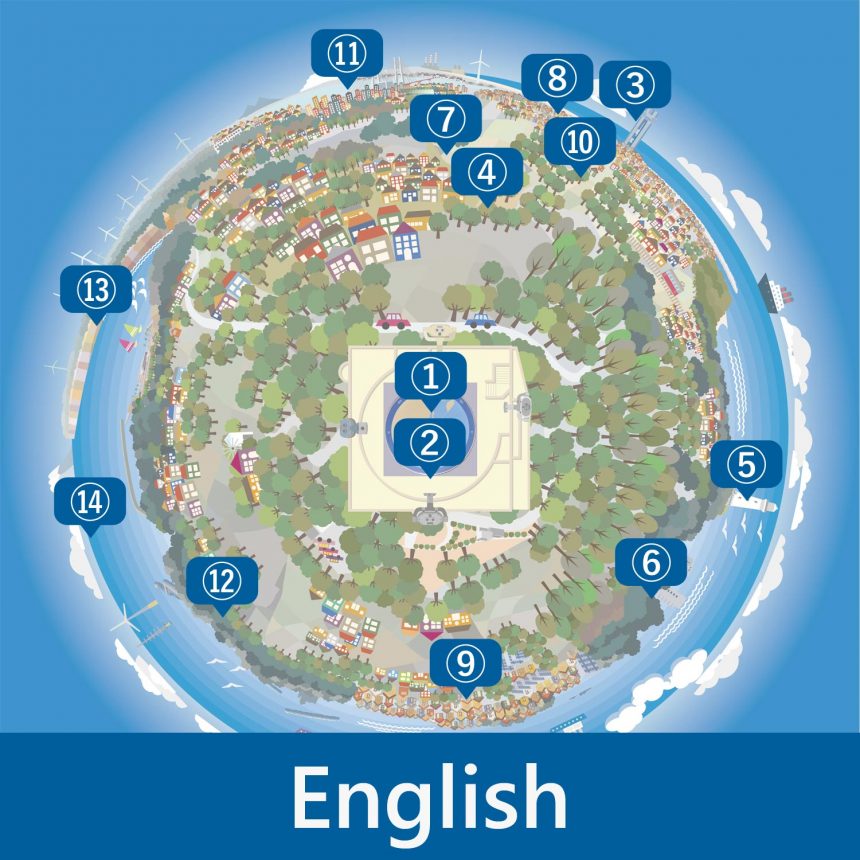 Let’s listen when you come to Horizon Observatory

In the city of Choshi, not only will you find the Tone River, the largest river basin in Japan, but also the beautiful Kimigahama coast, Inubosaki Lighthouse, and the majestic Byobugaura Cliff formed by wave erosion. Choshi is a peninsula with capes and steep cliffs. It is a city where you can enjoy a variety of landscapes. It is also the first certified Japanese Geopark in Chiba Prefecture due to its precious geological features. In the “Choshi Geopark”, there are many valuable geological formations, such as the “Inubosaki’s Cretaceous Neritic Sediments” from 120 million years ago and the “Byobugaura Cliff” from 3 million years ago. As you observe them, you can vividly experience the footprints of earth’s evolution. Also, thanks to the Tone River and the Pacific Ocean, all kinds of industries have thrived here. In addition to Choshi Fishing Port, which has one of the largest catches by weights in the country, soy sauce factories such as Yamasa and Higeta, canned fish processing industry, as well as cabbage and cantaloupe agriculture have all flourished. Other attractions include the Choshi Electric Railway’s vintage trams and carriages, the Inubosaki Hot Spring that has a great view of the sea, the Horizon Observatory surrounded by magnificent scenery, the Choshi Port Tower, and whale and dolphin watching. Enjoy the captivating food, nature, history, and industries that Choshi has to offer!

The Horizon Observatory is located at the top of “Mount Atago”, the highest mountain in Choshi with an elevation of 73.6 meters. What makes the visit so worthwhile is the 360-degree panoramic view from the observatory on the top floor. From Kashimanada to Mount Tsukuba in the north, the Pacfiic Ocean in the east and south, and Byobugaura Cliff to Kujukuri Beach in the west, you can enjoy the full view of the scenery all at once. Gazing at the horizon from afar, it looks just like an arc. As the name suggests, the observatory really does display the spherical shape of earth. You can even see Mount Fuji in the crisp air of winter.

Choshi Port Tower is a 57.7m high twin tower structure that overlooks the entire Choshi Fishing Port. From the observation room, you can get a bird’s-eye view of the vast Pacific Ocean, the fishing boats unique to the port, the Tone River estuary, and just enjoy watching the sunset above the Tone River and the breathtaking features of the estuary. In the Wosse 21 Fish Market adjacent to the tower, there are rows of competing fish shops. Here, you can purchase a variety of fresh fish, shellfish and local produce, and also enjoy delicious seafood in restaurants.

The Choshi Electric Railway was opened in 1923. It is 6.4 kilometers long and has 10 stations. It takes about 19 minutes to ride the entire length, which runs at a leisurely pace. The railway was once nearly suspended several times due to passenger decline. Yet, it survivived miraculously, marking its astounding history. In 2004, when the railway was about to be suspended, it put up a special advertisement that says: “Please buy moist rice crackers and help us raise money for repair.” The moist rice cracker was originally a side business, but it miraculously helped the railway through the crisis. This vintage railway that passes through cabbage gardens and forests is also loved by many fans. Choshi Electric Railway, keep it up!

You can watch the first sunrise on New Year’s Day at the Inubosaki Lighthouse, located on the easternmost point of Kanto. Standing on the tip of the cape, the Inubosaki Lighthouse was designed by the British architect Richard Henry Brunton. It is a first-class, Western-style lighthouse around 31m tall. In 1874, it became the 24th lighthouse in Japan. Inside this elegant, white tower, there is a 99-step spiral staircase. When you climb to the top, you will see the vast expanse of landscape stretched out before your eyes. At the base of the lighthouse is the museum, which houses the only remaining foghorn station from the Meiji era and the Japanese-made fresnel lens originally used in the lighthouse. In addition, the unique white postbox is also a must-see.

You can watch the first sunrise of a new year at the cape of Inubosaki, located on the easternmost point of the Kanto region. The Inubosaki hot spring emerged in 1997 and has become a popular spot for bathing. The hot spring provides five bathing facilities for day trips. Visitors are immersed in hot springs rich in sea minerals and moisturization properties as well as the magnificent view of the Pacific Ocean. Here, you can enjoy the beautiful view of the sea throughout the day: the azure sky in the morning, the crimson sunset in the evening, and the starlit night.

The Choshi soy sauce industry began in the early Edo period. Choshi is known as the origin of soy sauce due to the warm winter, cool summer, and high humidity, which provide a natural environment suitable for fermentation. In addition, high quality soybeans, wheat and salt for making soy sauce are easily obtained by water carriage over Edo and Tone Rivers. The richly flavored Choshi soy sauce transported to the Edo area by water is a perfect match for sushi, tempura and buckwheat noodles, which is why it was extremely popular in the Edo period.
Since then, for nearly 400 years, the rich, fragrant Choshi soy sauce has become an essential condiment on dining tables in Japan. Yamasa and Higeta soy sauce are time-honored brands that have been making soy sauce ever since the Edo period. They both offer factory tours where you can learn about soy sauce production and history.

Near the coast of Choshi is where the Kuroshio warm current from the south and Oyashio cold current from the north meet. Here, there are nutrient-rich water from the bottom of the sea and fresh water rich in organic matter from the Tone River. Such favorable conditions have created the country’s best fishing grounds. This is why Choshi has been a fishing town ever since the Edo period. At the Choshi Fishing Port, fresh, seasonal fish are caught all year round, mainly sardines, mackerels, sauries, skipjack tuna, tuna, porgies, and flatfish. They can be eaten fresh or dried and canned. Fish goods are transported from the metropolitan area to the rest of the country. There are three wholesale markets at Choshi Fishing Port. In Wholesale Market No. 1, you can witness the vigorous large fish like tuna as they are unloaded from the fishing boat.

⑨Tokawa – the birthplace of fishery

The history of Tokawa began with Sakiyama Jiroemon who came from Kishu (now Wakayama Prefecture) and established a fishing port in 1658, early Edo period. Along with that, a village laid out in a grid pattern was also established on the southern slope facing the port. Fishermen were gathered from Kishu to come settle here, and so it grew into a town with over a thousand households. To this day, Tokawa, the birthplace of Choshi fishery, continues to prosper. The town still retains the grid pattern and its old-fashioned style. Since it is a filming location for television series and movies, as well as the desination of the Choshi Electric Railway, it is now a tourist attraction. The “kinmedai” that currently lands on the Tokawa fishing port is called the “Choshi golden eye snapper” and is a recognized brand of fish product in Chiba Prefecture.

Fishermen who came from Kishu (now Wakayama Prefecture) in the Edo period settled in Choshi because of the excellent fishing grounds on its coast. They started the Choshi fishery, making Choshi one of the few ports in Japan. The Nishihiro family, a leading ship owner, had a trawler for fishing mackerels and sauries. The family moved here from Kishu near the end of the Edo period. They started out with fishing and making bonito flakes. Later on, they also made dried sardines that can be used as fertilizer as well as canned fish. The Nishihiro premises still retains the hut and cannery from the end of the Edo period to the early Showa period. These cultural relics tell the history of the Choshi fishery.

The Tone River is the largest river basin in Japan. It originates from Mount Ominakami on the border of Niigata and Gunma Prefecture. The Tone River links the river water flowing from various mountains to the Pacific Ocean in Choshi. Above the Tone River estuary is Choshi Ohashi Bridge which is Japan’s longest river bridge spanning 1500m across the river, connecting Choshi City and Ibaraki Prefecture’s Kamisu City. It is the perfect location to capture this grand view of Japan’s widest and most magnificent river.

Inuiwa, as its name suggests, is a 15m tall rock that has a peculiar shape of a dog with ears pointed up. Its strata is estimated to have formed around 200 million years ago, and it tells the tragic story of the samurai Minamoto no Yoshitsune of the Heian period. It is said that Minamoto no Yoshitsune was pursued by Minamoto no Yoritomo. When he was about to flee to the Tohoku region from Choshi by boat, his beloved dog “Wakamaru” was caught up with the enemy’s ghost and could no longer continue. Yoshitsune had to leave behind his wailing dog and set off by himself. Abandoned, Wakamaru cried for seven days and seven nights. On the eighth day, Wakamaru vanished, and a large dog-shaped rock that was not there before appeared. So, locals named the large rock Inuiwa, which has passed on to this day.

The Byobugaura Cliff is a set of cliffs formed by the erosion of waves that vary from 20m to 60m in height and stretches 10km along the coast. Its majestic landscape resembles the “white cliffs” of Dover along the English Channel. Thus, it is also called the “Dover of the east.” The Byobugaura Cliff is made of soft stratum, and was once eroded by waves from 50cm to 1m in a year. Due to constant erosion, the surface of the cliff is not covered by plants, creating this beautiful, well-defined geology. In the late Edo period, this naturally-shaped, sublime landscape became a landmark and was included in publications.The famous Japanese ukiyo-e artist Utagawa Hiroshige has also painted the cliff, which is included in his “Famous Views of the Sixty-odd Provinces.” In addition, the cliff is known as a filming location for television series and movies. It is currently designated as a national landmark and natural monument.

As the Oyashio and Kuroshio currents meet, wild dolphins and whales can be seen almost all year round on the shore of Choshi that has a large fishing ground. Especially in spring, the Irrawaddy dolphin will swim to the Choshi shore from the northern sea to give birth. Thanks to the warm waters and abundant food source in Choshi, the baby dolphins are able to mature healthily. The types of dolphins include the Irrawaddy dolphin, right whale dolphin, harbour porpoise, striped dolphin, common dolphin, Risso’s dolphin, bottlenose dolphin, and finless porpoise. Occasionally, you may even come across a pod of 5000 dolphins. When you go out to the sea, you will encounter not just dolphins but also ocean sunfish, sharks, northern fur seal, flying fish, Laysan albatross, and black-footed albatross. In addition, you can enjoy the incredible view of the blue waves and sky. 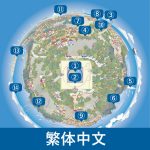 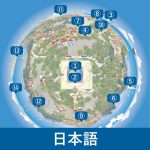